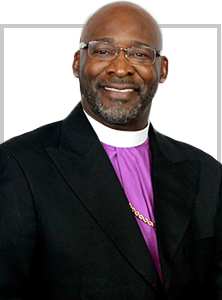 Raised in Chicago, Illinois, where he lived until his early teens, Dr. William A. Benson moved to San Diego, California by way of Sacramento, California where he served a distinguished 29-year career with the United States Government and operated a $600 million budget while overseeing a staff of more than 237 individuals. Dr. Benson holds a Bachelor of Arts in Theology from the University of Grace and Truth, a Masters of Divinity degree from the Five Fold Theological Seminary, a Doctoral Degree in Divinity from the Five Fold Theological Seminary, an extension of San Diego State University, a Ph.D. from the California University of Theology, and a Ph.D. from Aenon Bible College.

An ordained elder in the Pentecostal Assemblies of the World, Dr. Benson is the Bishop-Elect of Region One (San Diego) having been elevated to that post by the Diocesan Bishop of the Southern California District Council (“SCDC”), Bishop Donnie N. McGriff. Dr. Benson serves as the first-ever chairman of the historic SCDC.

A licensed counselor, Dr. Benson has worked tirelessly within the church and throughout the greater community to build up and strengthen individuals, families and communities at large through counseling, education and empowerment. Consistent with this focus, Dr. Benson founded the Men of Valor in 2004, a dynamic men’s ministry who, as is their motto, “Armed with the Word” embody Godly examples of servant leadership and what men of God should be at home, in worship and in civic responsibility.

Consistent with the empowerment thrust of the vision God gave him and rooted in the belief that the church should be the heartbeat of every community, Dr. Benson founded Stepping Higher, Incorporated and serves as its Chief Executive Officer. A non-profit organization, Stepping Higher serves as a beacon within the greater San Diego community by offering a variety of professional services, including counseling, emergency housing, drug and alcohol treatment, housing for women and children, court-ordered remedial classes, wellness and fitness classes, nutritional education and a food distribution program that feeds thousands of individuals every month.

Similarly, in 2018 Total Deliverance expanded to include a second location and a Spanish- language ministry in the heart of an underserved community that is rich with individuals thirsting for an encounter with a God whom many had only heard about, but with whom they desire to have relationship. That ministry is growing exponentially one soul and one family at a time.

Underscoring the education thrust of the vision, on October 19, 2013, Dr. Benson and his lovely wife, Dr. Rachelle Y. Benson fulfilled a dream of theirs and opened a Bible-based University, American College & Theological Seminary International University (ACTS-IU), which offers Bachelors, Masters and Ph.D. degrees across a host of disciplines.

Dr. Benson wears many hats in the local San Diego and greater Southern California community. He is the President of the San Diego Chapter of Pastors on Point, an organization comprised of Pastors in the City of San Diego of various denominations who are committed to working together to create a better quality of life for their communities and congregants. Further, Dr. Benson sits on the faith-based advisory board for the City of San Diego, having been selected and appointed by San Diego’s Mayor, The Honorable Kevin Falconer. In this role, Dr. Benson is often tapped to weigh in on difficult and delicate issues with which the City must grapple on behalf of its constituents.

An acclaimed author of the book, “Ingredients for a Blended Family.” Dr. Benson lives the life he teaches. He is married to the love of his life, Dr. Rachelle Y. Benson with whom he enjoys working in ministry full time. Together, they are parents to two daughters and one son, grandparents to four grandchildren, and are an example of a blended family that works.

Dr. Benson’s ultimate desire is to hear the words, “Well done, good and faithful servant” and until that day, he desires to leave no work undone – one soul at a time. 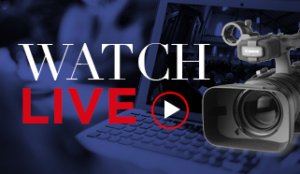 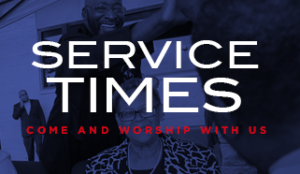